Depending on the country of origin, some expats in Switzerland struggle with an education system that seems very alien. The fact that students are tracked according to ‘ability’, is arguably what causes most controversy among expat families. 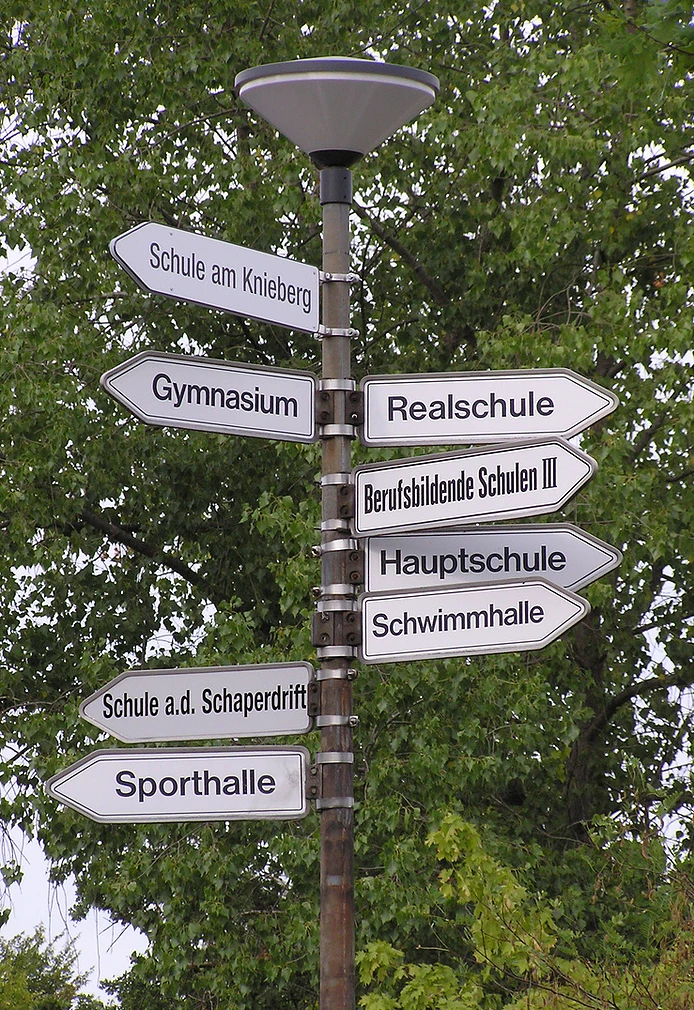 The different ability tracks in secondary

Most Expats, and Americans in particular, are not a great proponent of the Swiss tracking system. Under this system, local Swiss schools stream their students into three different ability levels in lower secondary school: academic track (Gymnasium), intermediate track (Sekundarschule) or lower track (Realschule). The Gymnasium consists of six years of university-prep school. The intermediate track is 3-4 years, and students can either continue high school or do vocational training instead of college. The lower track (Realschule), usually leads to a blue-collar type of apprenticeship.

Decisions about whether a student can attend a more or less academic track depend on a mix of grades and test scores (in some cantons), and teachers have arguably a big influence. The subject matter itself doesn’t necessarily differ from track to track, but the depth and pace of teaching does vary.

After secondary, over 66 percent of high school graduates enroll in college in the United States. In Switzerland, only around 20% of students do. Switzerland, (and, to a lesser degree, Germany) is very selective about who gets to go to college, because the state pays for every student to attend a public university, and there are a limited number of spots.

And, according to an American expat living in German, Americans would be quick to call that unfair.

“The tracking system…is so, for lack of a better word, un-American,” he says. “It doesn’t give you that golden ring to reach for. Americans are bred from an early age that nobody can tell you what to do, but you can do what you want.”

As Carapezza and Noe-Payne point out, the irony is that the American comprehensive high school was partially a reaction to Germany’s tracking. In the 1950s, former Harvard president James Bryant Conant served as an ambassador to Germany. He didn’t like the tracking system he saw there, so he came home and led a movement to reform American schools.

However, not all Americans are unhappy about ability streaming.

Wendy Hallett, an American living in Germany, which has a very similar system, says she loves the tracking system. Her sons are high-achieving students, and she says they were always held back in American schools.

“For our kids to be pulled out, and now be in a classroom of basically all gifted and talented kids, it’s insane,” she says. “They’re taught at a level that they understand and where they can perform.”

(Adapted from an article by Kirk Carapezza and Mallory Noe-Payne ‘Stopping German students in their tracks?)

Do you need more information about schooling options in Switzerland? Book a private online or face-to-face session with your local Swiss school expert!