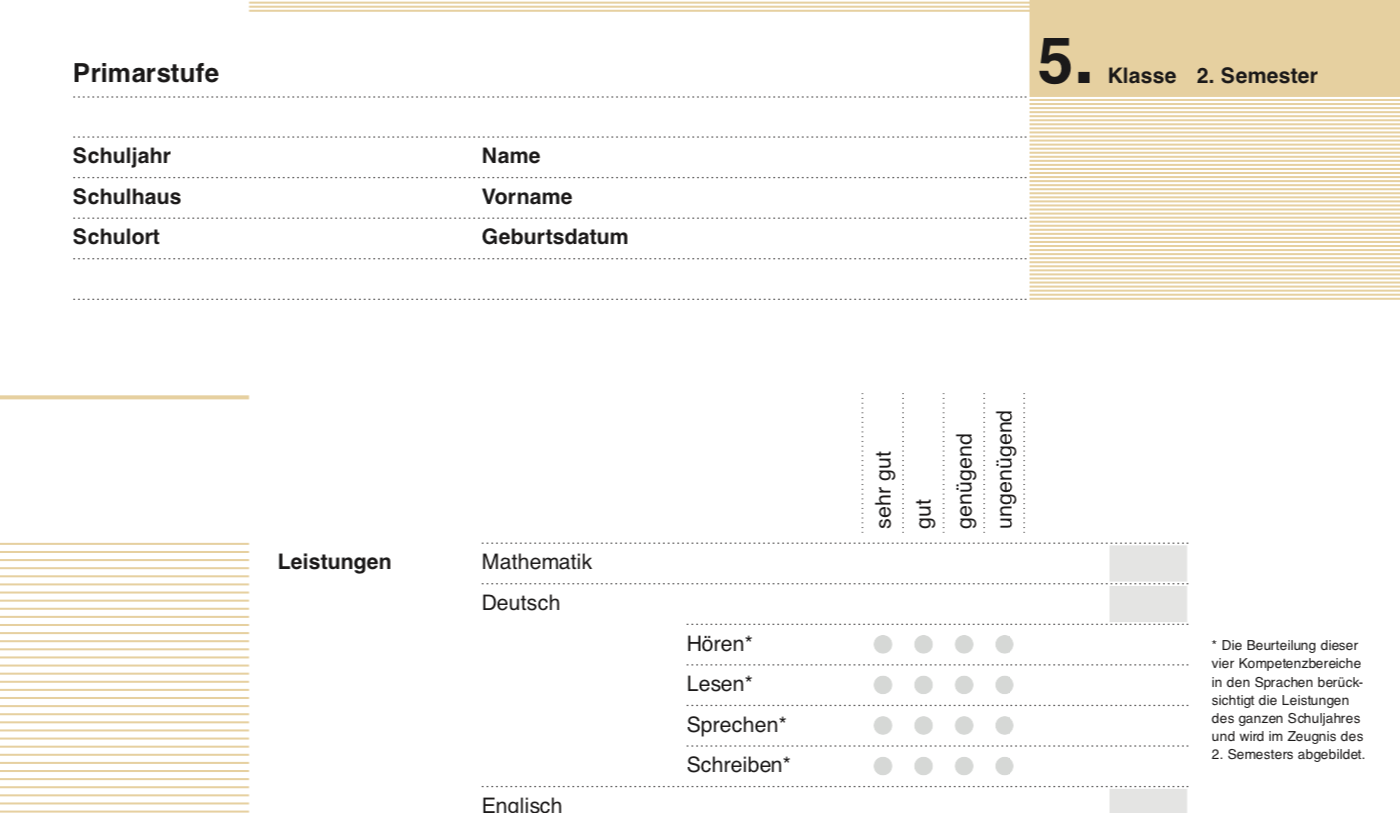 This time of year there is a palpable tension in the air. In the last weeks before the summer holidays all over Switzerland students begin sweating over test results and classroom assessments. Every student knows this is their last chance to impress their teacher with their social competence and organisational skills, as well as their academic prowess, before it is all finally and irreversibly recorded in their School Report.

Non-Swiss parents may struggle to make sense of the plain, austere report or Zeugnis they receive which is very different from those in the UK or the US, for example. First of all it is very short, gone are the kindly worded phrases such as “ Jonny is making some progress in academic areas” (which every parent knows means Jonny is a weak student) in its place are a list of numbers ranging from 1 to 6 ( hopefully you will never see a 1 on your child´s report). As I said in a previous blog, don’t expect to see many ‘6’s on the report, unless your child is a little Einstein. Swiss teachers are not prone to generosity when it comes to grading and a 6 is more than an ‘A’, it actually means ‘overachieving’. As a translator friend of mine stated, the problem is two-dimensional: in some countries there has been a noticeable “grade inflation” which has resulted in anything below an A-average being considered less than spectacular, whereas the Swiss, always extremely reserved in offering praise, have determinedly resisted this trend which is reflected in the relatively greater difficulty in achieving a top mark on a Swiss course.

The importance of non-academic competences

Another difference is the column detailing the so-called soft skills. In canton Zug, these are called ‘Lern-, Sozial-, und Selbstkompetenzen’ (Learning, social and self-competence). Do not underestimate this innocent looking column! At least in canton Zug, it could make the difference between your child making it or not making it to Gymnasium! These competencies are very important in the Swiss system (in some cantons more than in others). The children are graded on their social ability in categories ranging from; ‘organising one’s own work in a meaningful way’ to ‘ being self-motivated’, to ‘working with others as part of a team’. A corresponding three dots means your child is on track and two dots that he or she is working towards it. (Again, 4 dots is rare and only given for overachieving students). In canton Zurich it is the 2nd box on the left that you want to see ticked!

So take a deep breath, fetch a glass of wine and get ready to face your child’s school report!

Do you have more questions about schooling in Switzerland? Get advice from your local Swiss school expert!