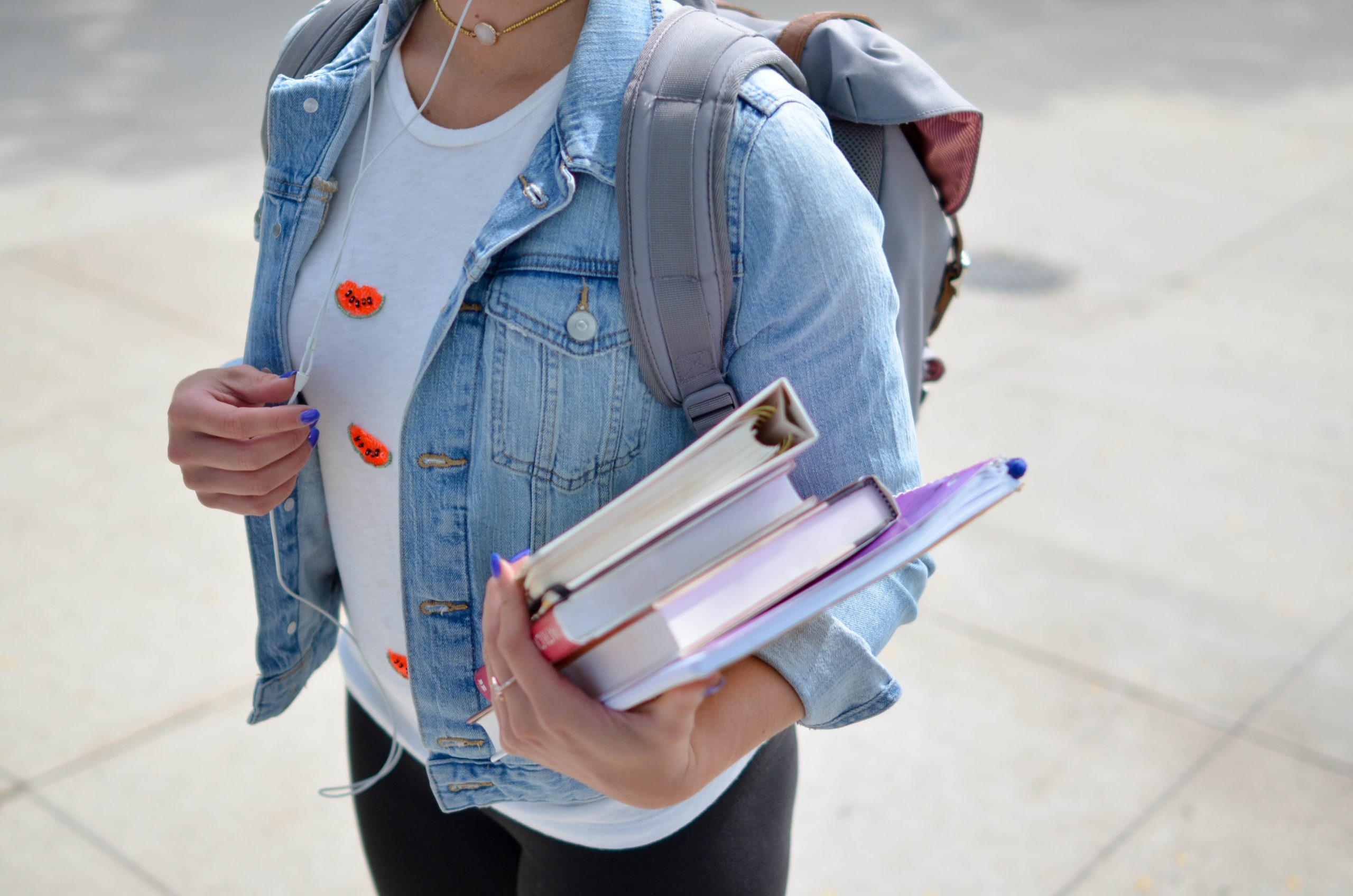 In the following interview a mum from the UK with 3 children in the Swiss school system describes her children’s exiting journey through the local school system.

We moved here with 3 children. The oldest age 7, our daughter age 5 and the youngest age 3. Since we didn’t want to throw them straightaway in the local school system, we started with international school. After 2 years, we decided to change and my oldest son started in the local Swiss school at the age of 9. When he came to the end of primary school, we looked at the options in secondary school.We heard the usual thing

So we panicked  and felt determined that he had to get into Kanti. We put probably quite a lot of pressure onto him although he also wanted to go. We also had an appointment with BIZ (vocational orientation and job search center) and this was quite disappointing. Again, they showed us a book and on one side it featured a chef and on the other a car mechanic. And these were the only two options, so it seemed to us at that point, and that was a no-brainer. So he had to go to Kanti! With a bit of extra tuition amazingly he managed to get into Kanti even though his German was still quite rusty.

Gymnasium high school  – the place to be?

I can now say that it was a mistake! Our oldest went to Kanti but it was a disaster. He got more and more withdrawn and he was working so hard! He then joined a triathlon club to help his German, which he loved; it was his passion. However, during the first school meeting we were told that he had to stop. The teacher said that it is school first and sport second until all his grades had come up because his German was a bit weak, and that he needed to do nothing but school.

So we followed that advice but our son became quieter and quieter and more withdrawn. We really worried about him so he started sport again and was doing really well. We wondered what to do and, as I said before – these options only seem to come up as you enquire — at one point the teacher actually said: “Oh but he would be so good if he went to sports school”.

This was the first ever we heard about the Sport – und Kunstklasse (secondary sport and arts school) as an option. If we had known about that option in primary school we would have definitely looked at it! So around April of his first year in Kanti we decided that this wasn’t working because he was so unhappy.

My oldest then moved to sports school and we felt we got our son back! We feared that the education at sports school would be worse than at Kanti, but that turned out not to be the case. We actually found that in the core subjects it was excellent. The school even offered one-on-one coaching for students who had gaps. So, for someone who was not a native speaker of German this was perfect! He stayed there and started to do really well.

After 3 years, he wanted to get a Berufsmatura (qualification for entry into polytechnic university) and go to a top university so he chose a WMS (Wirtschaftsmittelschule or commercial high school) because they offered a Spitzensportprogramm (sport talent programme), giving special dispensations so that he could carry on with his sport. He is now at the end of his 3 year academic study program and will do his practical year next year. After that, he wants to do Passarelle (extra year qualification for entry into  university) and then his dream is to go to St. Gallen university. He initially found it difficult to get his sport in  with his workload, because it is a lot of work at WMS. It is actually a lot more than we thought is was going to be but now he is very happy with his decision.

Good student but weak at maths…

Then we had our daughter who is a very keen gymnast and dancer. She is not good at maths. So we enrolled her into the Kunst and Sportklasse (sports- and arts secondary school) in Zürich. She did it for 3 years and absolutely loved it! She really thrived. Had she stayed at the local secondary, she would have struggled with maths and there would not have been any option out of it. Maths is still her weakest subject.

At the end of the 3 years, her option would have been to do full time ballet but she decided against it. My daughter is a strong student with a 5.5 (out of 6) grade average in all of her subjects but her maths was Sek B. level (low ability level in lower secondary). That is really the end of the road! So the only option, we were told, she could do would be a non-academic Lehre (apprenticeship) the school job coach actually suggested hair-dressing or cooking!

We also found the Lucerne hospitality school which offers a Lehre in hospitality, even if she had a Sek. B maths. We then found this school in Zürich called Hull’s school. They advertise that most students there are Swiss or have been in the Swiss local school system. It was also said that the school opens up options for UK, US and Swiss universities. You do German literature all the way through and a liberal arts education and then you have to take a science at A-level, meaning that you have the option of a Swiss or British university. That ticked her boxes. The teachers are very positive and she feels that having been told that she was not good enough to go on and study, she is now much more confident.

Our youngest is now looking at his options. He is not so academic and he wants to do a Lehre. He is looking at the United School of Sports in Zürich, which offers a 4 year commercial apprenticeship but also sports coaching and training as well as time off. That is paid for by your Gemeinde if you have a talent card.

What I have learnt about the Swiss school system

As we have gone through the system we have confronted some of the urban myths like „your child will be rejected“ and then you get there and realise that it is not like that and that there are some great opportunities. The difficultly is knowing about them. Nobody seems to want to tell you until you get to crisis point and say „Oh no, our child is about to drop out of the school system“ and then somebody will go: „Oh, but what about this option?“ and then you will go: „Ok, but couldn’t you have told me two years ago!!!“

We have friends who have done really well. One did a sport academy, then an apprenticeship in Hochbau (engineering) followed by a Berufsmatura (vocational entrance qualification for university of applied sciences) and a one year pasarelle and now he is actually studying medicine! He had the time to grow and develop and decide what it was that he really wanted to do. And so there is never an end of the road!

There is never an end to the road!

So often you are told (usually by other foreigners) „if you don’t do this then you can’t do this“ and what we found is that there is never an end of the road, there is always a way to carry on and to get there. You just got to look at your child. If I could go back there I would have never put my son into Kanti.

Some people are the right people for Kanti, they manage to thrive and do sports because they are the right fit. They were academically on 5s and 6s when they went there and that is the right level. If your child’s grades are borderline, you really have to look at the child and think: Is my daughter or son going to thrive being always at the bottom.

When I grew up, there was always someone in the class who you knew was going to go to Oxford or Cambridge, the super stand out stars and these are the students that should go to Kanti. Then they will have a fantastic experience and it is the right place for them. If your are more of a 5.1 or 5.2 (the minimum average needed for Kanti) type person it really depends. Some people go and then they really thrive because they are late developers. But if your child is under-confident or quiet you really have to think about it.

Having said this,  I have known some students who had a 5.3 and who could have gone to Kanti but decided against it because the teacher said to them „oh but you can go next year or after second year“ . Everyone who I know who has done that has not been allowed to transfer because the grades get harder and it gets very tough to change over (to Kanti). In some cases even students with good grades did not get the teacher recommendation to change at a later stage. This might have to do with the fact that the secondary schools do not want to loose all of their stronger students. (Zug does not know entrance exams and the teacher recommendation is binding!).

My recommendation to parents

Just relax. Its fine and it will be fine! If your child isn’t happy with something, look around and there will be other options. But also, trust the system that it will find the right solutions. If someone would have told me when we first came here that none of my children wold go to Kanti and that they would go to all these different sports schools I would have panicked but it worked perfectly. It actually means that they have developed in their own time and they are doing what they want to do and that they are all so happy with what they are doing! And that is all you can really ask!

Look at your child and always now that there is another way! It may take a bit longer but that is fine, it means they are more mature when they go to university and that they have chosen it for themselves.

Do you need more information about available education options post primary school? Book a session with your local education expert!

Do you want to know more about educational pathways in Switzerland? Read on: