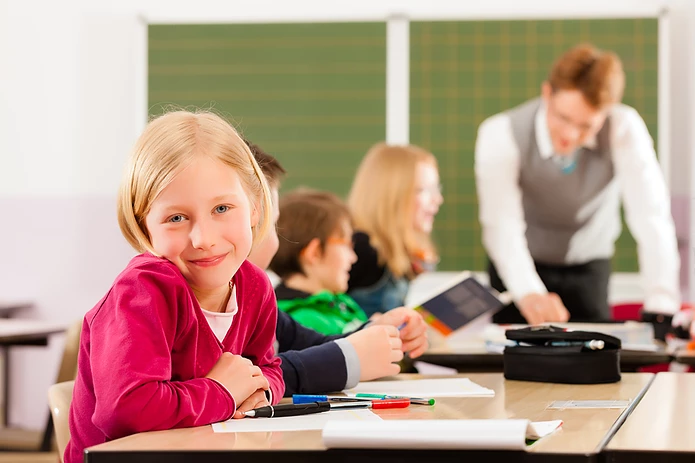 These are the 6 top question expat parents ask about schools in Switzerland:

Where can I find information on good local schools in Switzerland?

Unlike other countries, the use of school league tables or ranking is uncommon in Switzerland. Swiss state schools are considered to be good quality and Swiss parents will generally assume that the local school in the neighbourhood is offering a high standard of education. You will also find very little information on individual schools online. The more progressive schools might have a website but this is not the norm!

Swiss state schools are regarded as among the best worldwide. This might be the reason why 90% of all parents choose to send their children to a state school (even those who can easily afford to pay private school fees). State schools offer relatively small class sizes, well-resourced class-rooms and highly qualified teachers. It is not a coincidence that Swiss students are the best at maths in Europe! There are valid reasons to choose a private school over a local state school but academic quality should not be a concern!

Will my children start to read and write in Kindergarten?

In Switzerland, children start attending Kindergarten at around the age of 4 but they do not learn their letters or how to read until first grade (age 6-7). The focus in the early years is on developing cognitive and social skills and ‘getting them ready for school’.

Does the late start mean that 10 year olds in Swiss schools are academically behind their peers?

Parents from the UK and other countries often worry about their children falling behind their peers. Do not worry! Children in Switzerland start later but progress faster. By the time, children are in 4th grade, a 10 year old student moving from Switzerland to UK would slot in quite easily academically into a primary school (although with gaps in English). Moving a 6 or 7 year old child back to the UK will be trickier as in lower primary her UK classmates will be significantly ahead in literacy and numeracy skills.

Is the educational future of children really decided at the age of 12?

No. In the Swiss system, many ways are leading to Rome. While students are streamed into ability levels, children can change levels and schools and enter higher education at different ages. For example, it is not uncommon for Swiss students to complete an apprenticeship first and to enter university later.

I have heard that only 20% of all students in the German part of Switzerland go on university. Why is the Swiss state excluding so many children from higher education?

The low percentage of those going to Gymnasiums (university prep school) isn’t just decided by the school authorities. Many children opt for apprenticeships, even those who get the marks for Gymnasium. Also, many students combine vocational training with higher education

Do you have more questions on schooling in Switzerland?

Book a private online or face-to-face session with your local school expert! More information on: